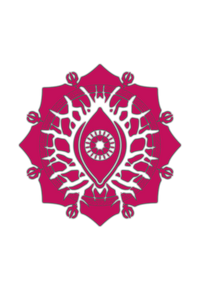 He is a narcissistic individual that loathes all things, and thus wishes with all his heart to be alone. This wish manifests into his destructive Law.

"I want to be alone. My body is mine alone."

He sees the entire Universe as being his own body, his own interior World. Thus all those within it are invasive bodies, constant irritants. Like insects buzzing through the air.

He doesn't understand how others find purpose and joy in their relationships to others, finding such an ideal worthy of mockery.

He views himself as being like unto a God, which, while technically correct, it's nothing but a product of his narcissism.

Over 8000 years ago, during the era of the Fifth Heaven, the Samsara Vartin cult decided to try to supplant it with a new god. Purchasing a boy that did not react to outside stimuli, they gave this boy the divine title Hajun before mummifying him while he was still alive and burying him within a five-fold mausoleum that didn't allow a sliver of light to penetrate it.

But Hajun's soul was far more powerful than the cult realized. The world or its sensations did not matter to him and he only sought the feeling of solitude. But the phantom sensation of the twin brother he absorbed in his mother's womb, simply known as the Tumor, continued to irritate him. Thus this embodiment of self-love and narcissism began to lash out as his soul ascended to godhood.

Mistaking the feeling of his twin brother's remnants for the touch of the Fifth Heaven, he forcibly seized the Throne and slaughtered Marie, Reinhard and Mercurius before any of them could react, sparing only Ren (but that was only because he was too absorbed in his narcissism to even acknowledge Ren's existence).

From then on he continuously attempted to enact his Law to achieve total isolation, with his efforts only being halted by Ren's, now known as Tenma Yato's, law.

8000 years later, Hajun's influence was still felt across Ashihara no Nakatsukuni, especially its western half, Shinshuu, where people still lived. Affected by Hajun's law, the people only cared for themselves. Despite this, the Eastern Expedition was assembled for the purpose of taking down the Yatsukahagi, unknowing of their true purpose or Hajun. Yakou Madara would be hijacked by Hajun and turned into a Sensory, being granted a Heavenly eye and his own Taikyoku, only to have them taken away by Hajun after his fight, and death, against Tenma Ootake.

Once Tenma Yato is killed, Hajun's law resumed. Nakanoin Reizen, being a man who embodied the Way of the Tengu, became Hajun's Sensory and devoted himself to the new Heaven, leading to a fight between him and Habaki. As Reizen starts to lose, Hajun calls him trash and casts him aside as well, ultimately cementing Reizen's death.

The Eastern Expedition would then confront Hajun, who would attempt to kill them with the laws of the previous gods. Overcoming those, and through the crack made by Sakuya Kyougetsu and Keishirou Kyougetsu, the Tumor was extracted out of his body. In a final showdown between the mad god and Habaki, Hajun, who cannot withstand a slightest crack is ultimately defeated once and for all.

Hajun, along with the other Hegemony Gods are resurrected by Naraka for a mysterious purpose. During the meeting of Gods, he and The Remorseless almost break out a fight, if not for Ren to intervene. Using his powerful Tengan, he is the only God who can grasps the shape of Naraka entities.

Due to his simple and intense Craving without contradiction, he became so powerful that any other gods such as Reinhard or Mercurius means nothing to him. He is known for using mostly his raw power and does not rely on any special technique or ability. His craving to be alone and his desire to destroy all creation gave birth to the one and only Transcendence-type Hegemony God. Due to his Transcendence nature, his power does not dwindled despite souls in his universe perished.

Hajun possesses a tumor in the form of his deceased twin brother's consciousness. While Hajun's only desire is to be alone, the tumor's existence makes that impossible and while he has phantom sensations due to the tumor's presence, his own ego makes him unable to identify and eliminate it. This causes his desire for solitude to constantly grow stronger and stronger in an attempt to erase sensations he cannot identify, allowing his strength to increase infinitely.

Hajun's Taikyoku, when complete will cause all beings to be consume by narnarcissism and massacure each other on the multiversal scale. Since there's no afterlife or a regulation of souls, multiverse keep on shrinking. Everything should be perished in mere days if not for Tenma Yato to stop time in Edo, decrease its effect, render people to only be selfish and immoral.

Full release of Hajun's power. A light of destrcution that embodies the sixth heaven's desire for all extinction that can destroy existence.

Hajun's Heavenly Eye capable of observing future possibilities and recognizing higher planes. His insight is the best of all the Gods, be able to grasped the shape of Naraka. Even so, Hajun who only interested in himself see no use to this and even consider it a hurdle.

Record of the Throne

As the God who occupies the Throne, Hajun can use previous Hegemony Gods Laws which have been recorded in the Throne. These shades, while capable of replicating the original Hegemony Law, holds but a mere fraction of the original power due to his complete and utter disrespect for their Gods, considering their mere Records "Shit staining his body".

The Morningstar. A universe of mathematical formula and rationality, akin to a machine. Born from his desire to "rescue this sinful world", cleansing everyone from their original sin. During the fight again the Eastern Expedition Team, the shade of Satanael used his Law in two ways:

Ability that punishes those who indulge in their desires by being devoured by it. Summoning hordes of locusts appearing like a sand sea. Embodiment of surfeit starvation springing out from inside their targets, endlessly pursuing their victims until nothing is left. As the Mathematical God applies the Law of "Zero", this ability is quite effective against enemies dealing with possibility as even Shiori and her infinite possibilities were being consumed.

Calls in the light that punishes the sinners, changing them into pillars of salts. Even a moment before the activation, this ability caused the Gudou Gods to have their skin layer broken apart and turned into flour.

The Golden Beast. A universe of eternal struggle, world where everyone is immortal and fight for eternity. Sukhavati of man-eating fiends, born from the Golden Beast's desire "To love all at his full power". In the final battle against Hajun, it is manifested in the form of:

Originally the ability to lead the dead, it has changed into a technique that centers around injecting the spear with legion of Shura due to Hajun's Gudou nature.

The Mercurial Snake. Denying growth or advancement. World of Eternal Recurrence. Law transcending time axis, rumbling of Caduceus causing the universe to leap. During the final struggle against Hajun, Mercurius has shown the ability to use:

Dark Heavenly Body. Black Hole that threatens its enemies. A manifestation of Mercurius' divine authority and as such, can only countered by having equal sanctity and knowing the ending point of his Law (Marie's embrace).

The Eternal Moment. A universe of Suspension who halts time of all the creation, not allowing any form of change. Born from Ren Fuji's desire "I want to enjoy this moment forever". When used by Hajun, it was powerful enough to freeze Rindou with her Longinus and Habaki.

The Twilight, born from the desire to "love and embrace all". A universe where everyone life is full of happiness, respecting humanity freedom, embracing all without discrimination. When used by Hajun, this shadow has shown the ability to use:

Marie's curse. Bringing forth the blade of decapitation, severing the head of its targets from their bodies.

Community content is available under CC-BY-SA unless otherwise noted.
Advertisement